Grande America Oil Spill in France: What did we see from space? 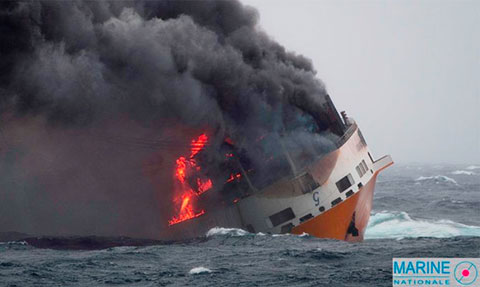 On 12 March last, the Grande America sank in the Bay of Biscay.

The data provided by the ship-owner lists 365 containers, 45 of which are listed as containing hazardous substances and just over 2000 vehicles. Apart from this cargo, the ship’s holds contained approximately 2,200 tonnes of heavy fuel oil, which was used to propel the ship.

How can the extent of the spill be monitored?

CLS has been supporting the European Maritime Safety Agency by monitoring pollution for more than 10 years. CLS is now providing satellite imagery to monitor the changing situation of Grande America.

At about 8pm, the Regional Operational Centre for Monitoring and Rescue (CROSS) at Etel was informed by the MRCC (Maritime Rescue Coordination Centre) in Rome that the Italian merchant ship Grande America, coming from Hamburg and bound for Casablanca, had declared a fire on board.

Six satellites are currently being used by CLS experts to monitor the polluted area. 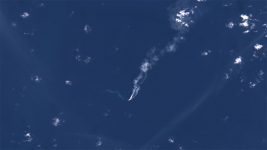 4:00 am: During the night from Monday to Tuesday, a first image from the VIIRS satellite, an infrared imaging radiometer, was processed by VIGISAT. It clearly showed the fire on board.

7:31 am: A radar image from the Sentinel-1B satellite covered the accident area, detected the ship and revealed that there was still no pollution showing.

12:21 pm: The European optical satellite Sentinel-2 (pictured left) clearly showed the Grande America and the central point of the fire located in the first third of the ship on the port side. The Abeille Bourbon, a state-chartered tugboat, could be seen nearby. 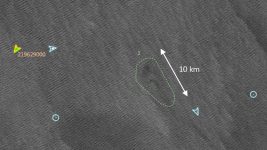 7:31 pm: From the radar satellite images, CLS operators detected pollution for the first time. Pascal Lozac’h, Head of the Maritime Safety Intelligence Unit at CLS said: “On this radar image taken at dawn, we can measure the pollution which extends over an area 10km long and 1.5km wide (black and white image on the left). ”

The Director of CEPPOL stated: “We have deployed four Argos beacons, from Falcon 50 aircraft sent by the French Navy, at strategic locations. These beacons transmit their GPS position every 30 minutes, which enables us to determine the perimeter of the polluted area. These data are fed into the models used by the drift monitoring team. This information is necessary for coordinating the deployment of anti-pollution measures.” 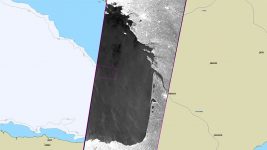 7:10 am: CLS operators acquired an image from the Sentinel-1A satellite. 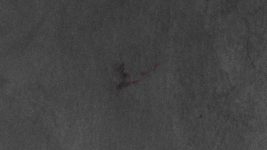 07:40 am: Directly above the wreck, a surface iridescence scattered with clusters of heavy fuel can be seen. The initial pollution emitted by Grande America at the time of its sinking has drifted. It is made up of heavy fuel oil clusters scattered on the surface.

7:40 pm: The image shows a fairly large zone of pollution surrounding Grande America with antipollution vessels working to recover the fluid all around it. The trace is diffuse, there are 10 km-long filaments that extend in several directions. The perimeter is extensive, from 40 km by 2 km at the widest, the pollution is dispersed. 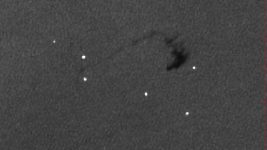 7:30am: This image is centered on the area of the shipwreck. It shows a slight pollution directly above the ship; 10 km long and 500 meters wide at the thickest point. This pollution has flowed constantly from below the sea since the accident occurred. This indicates that fuel continues to escape from the tanks.

The white dots correspond to the echoes of the different ships present near the zone. 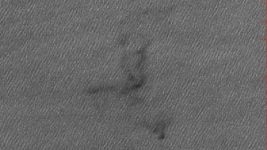 7:23 am: North-East of the shipwreck zone. The darkest nuances visible on this image are a 20 km x 2 km pollution. Its appearance is more diffuse, and it is not necessarily from the Grande America. It is located at 180 km or 60° from the original pollution. 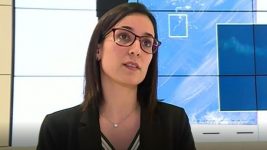 Nadia Maaref, Director in charge of maritime safety applications at CLS said: “The sinking of the Grande America is a high-profile event because the fire which caused it endangered the lives of the crew. But we are concerned that some ships may seize the opportunity to pollute in the area (by flushing out their tanks) as seen during similar events in the past… but our teams are at work and provide daily pollution reports to EMSA, which are then supplemented by aerial or in situ observations surrounding the shipwreck area.”

Signoficant Progress: The number of Pollution Incidents has been reduced by half in 10 years 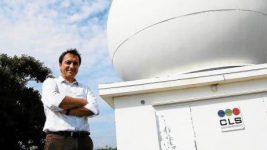 Vincent Kerbaol, Director of CLS Brest said: « Mandated by the European Maritime Safety Agency, CLS has been detecting pollution and polluters for more than 10 years. We detect accidental or intentional maritime pollution by day or by night, regardless of the cloud cover. CLS and the VIGISAT station have been working since its inception for the European CLEANSEANET service.  This maritime monitoring service has made it possible, in 10 years, to halve the number of pollution incidents, thus proving that the deterrent effect works. ”

Containers that could have told us more than they did

There were 365 containers aboard the Grande America, 45 of which were listed as containing hazardous substances. With connected objects, it is now possible to track each container in real time, to identify it, to locate it and to access its information, in particular its content if this has been declared as hazardous.  CLS equips several thousand containers and swap bodies with geolocation terminals. 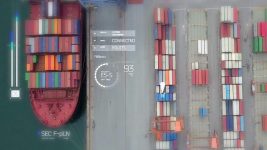 Julien Dauvet, Director in charge of fleet management applications at CLS says: “CLS solutions for the traceability of transport elements and the digitization of related documents (specially developed for the transport of hazardous substances) provide real-time information on their location and make it possible to identify their content. In this context, the authorities’ actions could be improved by rapidly determining the content and the potential danger involved. Increasing the responsiveness of authorities can improve the effectiveness of interventions and better protect both people and the environment. ”

More than 500 million containers are handled at ports each year, a staggering figure. In order to secure and optimise the supply chain, CLS will soon connect a large number of them through Kinéis, a constellation of nanosatellites that will revolutionize the world of connected objects. CLS will then connect the containers throughout their shipment. This will enable freight specialists to constantly know where they are, optimise their rotation and fleet management, guarantee delivery times and ensure safety but also the integrity and quality of transport.

CLS in the news: