Tautkae storm: Barge in distress off the coast of Bombay, the shipwrecked trigger their Cospas-Sarsat system 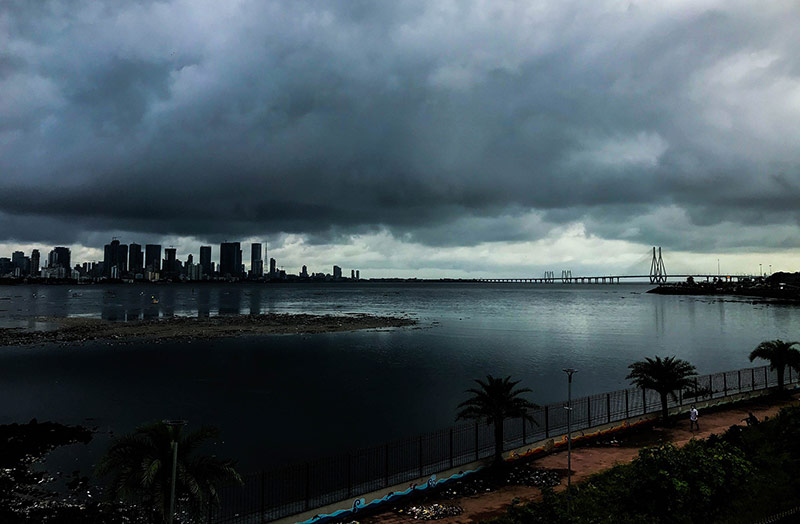 On the 17th May, southwest of Bombay, a barge with more than 260 people onboard was adrift in the Arabian Sea in the wake of Cyclone Tauktae, which struck India already hitten hard by the Covid-19 epidemic. 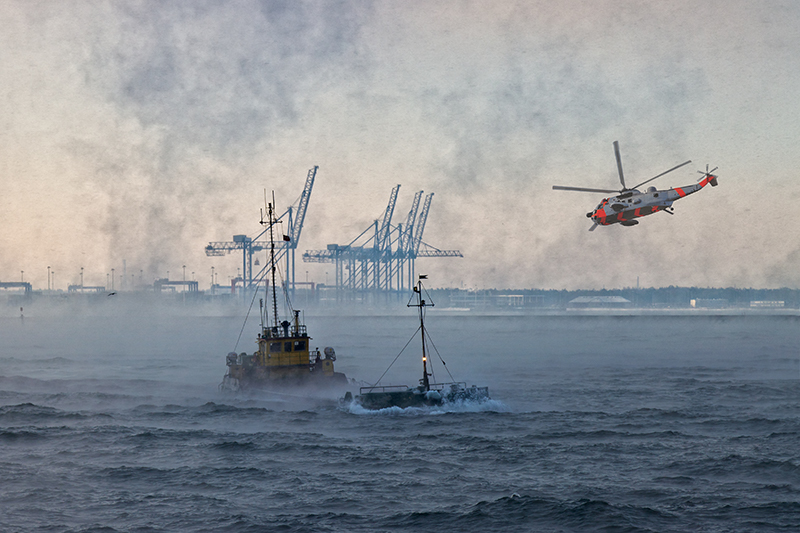 Faced with the extreme urgency of the situation, a distress message was sent, thanks to the activation of a Cospas-Sarsat satellite beacon from the barge, the starting point of a rescue chain that organized the rescue from land.

It was at 05:11 UTC on the 17th May that the satellites detected the distress signal emitted by the EPIRB (Emergency Position Indicating Radio Beacon) of the barge PAPAA-305, under the Saint Kitts & Nevis flag. The barge was taking on water and drifting dangerously.

At the same time, the beacon signal was received by the FMCC operator in Toulouse, who immediately relayed the alert to the MRCC in Fort de France, the point of contact for the flag of Saints Kitts & Nevis in the West Indies, after being routed by the Cospas-Sarsat MEOSAR satellite constellation. At the same time, Toulouse alerted the INMCC (Indian Mission and Control Center), which coordinates the rescue efforts since the alert is located in its zone.

CLS operates, on behalf of the DAM and the DGAC, the exploitation of the operational data processed by the FMCC. CLS operators were the first to receive this vital alert and trigger the strategic rescue chain that followed.

From then on, search and rescue operations were organized from land, with several Indian Navy vessels including the INS Kochi and INS Kolkata, as well as offshore tugs were dispatched to the area where the barge had sunk. Rescue operations continued throughout the 18th, in extreme weather conditions due to the unwavering cyclone, further aggravated by violent winds, visibility close to zero and waves of several meters which did not facilitate the mission.

“177 passengers were able to be rescued in extremely difficult sea conditions,” the Indian Navy said on Twitter.

According to the latest reports, there were at least 260 people on board; search operations continue.

Created during the Cold War by France, Canada, the United States and the USSR, the Cospas-Sarsat Program develops and operates a satellite-based detection, location and transmission system for search and rescue (SAR) distress alerts.

Cospas-Sarsat provides the international community with accurate and reliable location data to support search and rescue operations, using space-based instruments and ground-based facilities to detect and locate distress beacon signals. The international organization has been chaired by France since July 2020.

Operated and developed by the eponymous international organization that includes 43 countries and 2 organizations, its role is crucial: the system has saved 52,000 lives since its inception during nearly 16,000 distress events worldwide.

This event highlights the remarkable contribution of the new Cospas-Sarsat MEOSAR system. MEOSAR uses satellites in medium orbit of the Galileo, GPS and Glonass constellations. The Galileo SAR service supported by the European Commission is a very significant contributor.

The FMCC is an operational center under the responsibility of the Direction des Affaires Maritimes (DAM) and the Direction Générale de l’Aviation Civile (DGAC). CNES is the representing organization for France at Cospas-Sarsat by delegation of the Ministry of Europe and Foreign Affairs. It provides the French resources for the Cospas-Sarsat program, and ensures their operational maintenance and development. CNES also acts as the SAR Galileo Data Service Provider (SGDSP) and is in charge of the new Galileo Return Link Service (RLS) for Cospas-Sarsat beacons.

CLS operates, on behalf of the DAM and the DGAC, the exploitation of operational data processed by the FMCC.