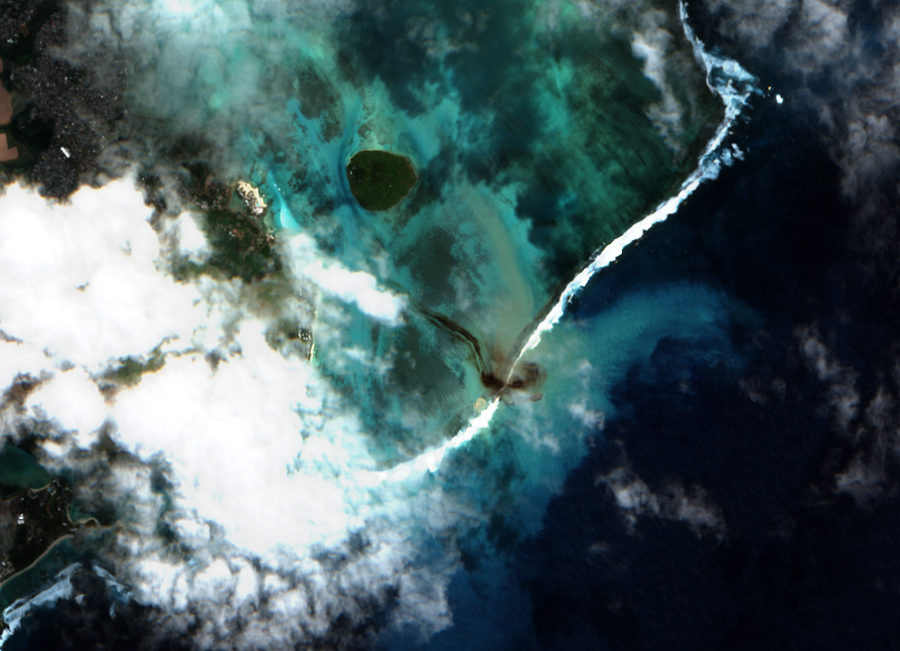 The MV Wakashio, stranded on the reefs at Pointe-d’Esny, Mauritius, since 25 July, was carrying on board 200 tonnes of diesel and 3,800 tonnes of heavy oil. An ingress of water had been reported by the master of the vessel at the time, and a recent black slick had escaped in the vicinity of the bulk carrier.

The pollution was monitored from space using the civil station VIGISAT.

CLS’s maritime surveillance station, operational 24/7, assists maritime authorities such as the European Maritime Safety Agency (EMSA) in monitoring pollution in European waters. As part of an international collaboration, EMSA asked CLS to closely monitor this pollution that threatens the coasts of Mauritius.

How can this pollution be monitored from space?

What have CLS operators, experts in pollution response, found?

On the optical satellite images from the Sentinel-2 imager, acquired on August 1st, CLS analysts noted the absence of pollution. The stranded Wakashio was lying in clear, blue lagoon-colored water.

As for the images acquired on 6 August by the same satellite, they clearly show a leak. This image shows the dispersion of the polluting liquid on both sides of the boat.

This crisis unit is in permanent contact with the Mauritian authorities, in particular via the French Embassy in Mauritius, in order to analyze the support that could be provided by the French authorities to the sister island in the fight against this pollution.

This support is being organized within the framework of the sub-regional response plan for the countries of the western Indian Ocean against pollution of the marine environment by hydrocarbons.

For further information – Space in the service of pollution response