CLS and TEKEVER, a European drone manufacturer have signed a new contract with the European Maritime Safety Agency for maritime surveillance by remotely piloted aircrafts 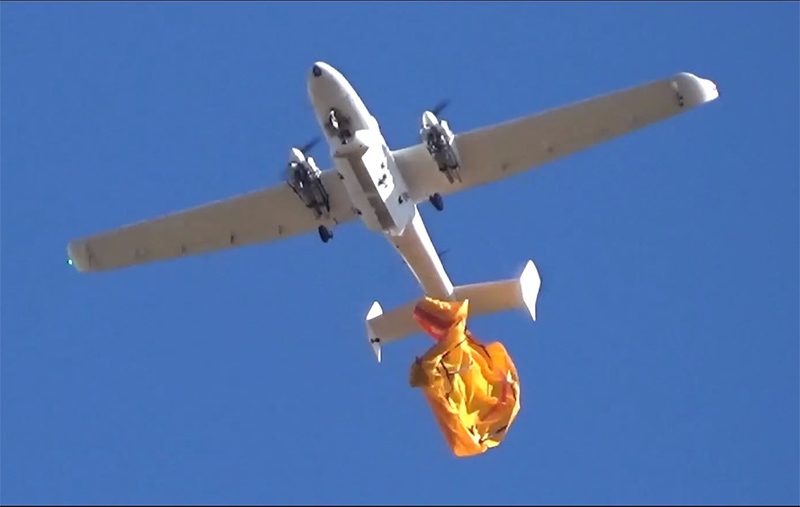 This innovative contract includes the deployment of lifeboats and many new sensors.

Through a four-year contract with maximum budget of €30M, EMSA is replacing a previous contract signed in 2018 for flights beyond visual line of sight by adding a new rescue capability: CLS and TEKEVER have added a new device to the maritime patrol version of their remotely piloted aircraft, able to deploy rescue boats for up to 8 people. The device also features Artificial Intelligence that calculates the best time to release the lifeboat to get as close as possible to the ship or person in distress.

EMSA is facilitating increased collaboration between European countries by enabling the deployment of regional operations and in doing so enhancing the effectiveness of surveillance over European waters.

The collaboration between CLS-TEKEVER consortium (named REACT) and EMSA is already rooted in a strong history through several drone operations since 2018. Totaling no less than 1200 flight hours on the counter and nearly 250 missions over 4 years.

These flights have established the strong utility of remotely piloted aircraft for maritime surveillance and safety in European waters, environmental protection (detection of oil pollution, potential identification of polluters, and support for the fight against illegal dumping), fisheries control, the fight against illegal fishing and general maritime law enforcement.

Civilian drones remarkable for their skills

“CLS has helped save more than 50,000 lives in over 30 years of activity through our contract to operate the French COSPAS-SARSAT MCC (Mission Control Center).

This experience has led us to propose to EMSA a support to the rescue missions of the coast guards of the Member States. Since 2017, we have been using our remotely piloted aircrafts (RPAS) in missions commissioned by many European actors. When it comes to fighting illegal fishing, trafficking or pollution, RPAS are an essential complementary tool to the satellite services we provide to maritime authorities.

With this new capability, our UAVs complete the arsenal of safety at sea that we offer. We are very proud to serve a European body like EMSA, which is at the cutting edge of technology. This renewed trust is a guarantee of the state-of-the-art of our solutions and of the reliability of our operations.”

This new capability, that will already be available in upcoming contracts, allows us to provide a first response in emergency situations. For the first time, and beyond detecting people in distress, we can now immediately do something to help them.